We are excited to announce that we will be returning to Egremont for our spring production of: 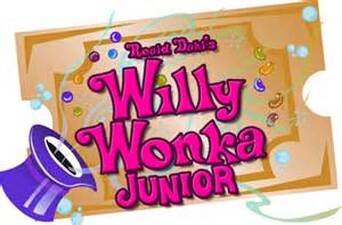 Directed by Laura Grissom
Workshop Fee $395
Recommended for Ages: 8 and Up

The workshop fee includes registration, script, costume rental, and instruction in musical theatre, acting, dance and vocal technique.
ALL participants will have a speaking role and perform in all musical numbers!

Kismet Kids Musical Theatre, founded by Laura Grissom in 2011, is dedicated to providing a non-competitive, nurturing, and fun musical theatre environment for children ages six and up. It is our goal for EVERY child to have a "name" part with lines, to get as much stage time as possible, and to feel good about his or her participation. Whether a seasoned performer, or a first-time actor, we are an ensemble production company and each role is equally important to our success!

Kismet Kids Musical Theatre -
​ Where EVERY kid is a STAR!!

Ms. Grissom studied Musical Theatre, Children’s Theatre, Theatre Production and Dance at the University of Nevada, Reno where she performed in many theatrical productions including Oklahoma!, Guys and Dolls, Gypsy, Cabaret, Chicago, Sweeney Todd, Oliver! and Stop the World, in addition to receiving hands-on training in production support. Since she began Kismet Kids in 2011, she has directed more than 50 shows at schools throughout the San Fernando Valley.
​Her greatest accomplishment remains her three wonderful children.